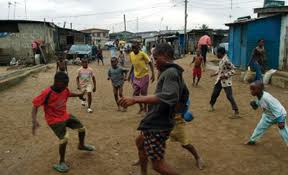 Do we need to settle the millions of children that are out of school? absolutely! Here’s partly how the Minister plans to do it.
Minister of Education, Prof. Ruqayyatu Rufa’i, on Thursday last week said, the Federal Government was working to address the problem of the high number of out-of-school children.
The United Nations Educational, Scientific and Cultural Organisation report ranked Nigeria as the country with the highest number of out-of-school-children in the world, with 10.5 million of the 57 million children out of school in 2011.
Rufai said 125 day and boarding schools were being constructed under the Almajiri Education Programme. Eighty of these, she said, had been completed { while President Jonathan said 120 has been completed this week}… and a similar programme is targeting girl’s education,
According to her, comprehensive attention is being given to the development of new infrastructure and rehabilitation of existing ones to create access for additional pupils.
She revealed that government had earmarked an initial N15bn for the rehabilitation of laboratories in federal and state polytechnics, while another N109.4bn had been provided for universities, polytechnics and colleges of education in five phases under the High Impact Initiative of the Tertiary Education Trust Fund. Fifty-eight federal and state colleges of education are benefitting from the construction of micro-teaching laboratories at a cost of N11.6bn. This is to enhance the application of modern technology in the teaching-learning process.
According to the UNESCO report, the amount of aid to basic education which Nigeria received in 2011 was 28 per cent lower than it received in 2010. Nigeria is in the top 10 countries for the largest decrease in aid from 2010-2011.
LC: Again, it is not surprising to hear that the aid we receive for basic education has decreased. Why? Corruption in Nigeria can be seen by the youngest and untamed eyes. Getting these kids off the streets is an issue that must be addressed alongside if we are looking to be successful. Will there be provision for other needs – food, uniforms etc?
Let me say emphatically, that the government has come up with a few brilliant ideas, solutions and policies needed to begin solving the enormous problems facing the sector. However, we need to sign an armistice between policies and implementation! When we choose to keep out corruption and political bigotry, we will be in transit to a better educated country. I continue to be surprised that we have refused to keep education out of the mishmash and until we become experts at implementing policies, change seems far away.
Time is not our friend! Our neighbours, friends and foes are mostly all on an upward moving ride – open for clear discussions with experts on their way forward. Whether we like it or not, soon enough, the ‘oil wells’ will be desiccated. A good education system has all the answers! Mr ‘To Whom It May Concern’, lead us to that place….. where we will all be saved!