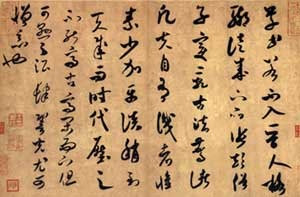 It is no more news that Lagos State has announced plans to introduce Mandarin (Chinese language) in her public schools’ curriculum starting from next year’s school session. The idea is that the students will be able to learn to speak the language and adapt to the Chinese culture. The commissioner of Education in Lagos was quoted as saying that the language has become necessary because China has become the next destination for economic growth and development. She also said that it will help students to further their studies in China so they can carry out various fields of human endeavor. I sincerely feel like screaming my lungs out!
Research shows that the ability to be multilingual is helpful to children because it makes them become multi-taskers and it increases IQ levels. It also shows that it brings about higher level of phonological awareness.
But let me start by asking this: is this one of priority? Have you been around our public schools in Lagos State? There is some improvements going on but we are in still in the oven. You see, I think that we should get done with cleaning up the structures and environment in which the children learn first. A curriculum without the right context in which it is to be taught is futile. Not all the schools have windows, desks and chairs to work on. Our local teachers are yet to be fully trained and some to be sacked! The teachers and materials to be used to teach Mandarin will cost money! Why do we feel the need to spend such money for now?
The Chinese became great not by learning other languages but by using the language they understand to master the world’s skills that have helped them develop. Particularly with numbers, in English, after ten the teens each have a unique name and each tenth following that gets their own name. In fact, one would need to learn 28 unique words to count up to 100 in English while in any Chinese dialect, Japanese, or Korean, one only needs to learn 11 – one through ten and one hundred.
In Asian languages like Chinese, numbers after ten follow a precise logic. Eleven in Mandarin is shi yi or ten-one, twelve is ten-two, thirteen is ten-three, and so forth. When we get to fifty-nine, the logic continues, five-ten-nine. Five tens and a nine, 59. The internal logic in counting numbers with Asian languages results in kids who speak Asian languages are able to count beyond a hundred before English speakers can even count to 40. But the Asian language advantage doesn’t stop in counting. Remember those dreaded fractions? In English we would read 3/4 as three-fourths. But for languages like Chinese, 3/4 is literally translated, “out of 4 parts, take 3″.
Lagos state is the most populous state in Nigeria and has indigenes from all over Nigeria in her schools. It could be difficult to learn all languages we speak BUT our core languages are not celebrated. We have not even talked about re-designing our curriculum to feed our needs. Should we not build our languages so  we carve a niche for ourselves and begin a process that will lead us to the greatness we see in China OR do we think greatness easily comes by learning the Chinese language or emulating their culture?
Learning Mandarin adds little or nothing in statistical terms. If part of the idea is to adapt their culture as quoted by the honorable commissioner, why do we have to? What is the significant percentage of our public school children that will make it to China for studies and come back home to apply gained knowledge? What about the curriculum currently used in the schools? Is it even healthy enough to get our children the best education – the one important thing needed for success? I think there is a much more to look into in our schools. Let the priority be in preparing children properly by laying a solid foundation so they can pass WAEC with much higher grades first! When we succeed at that and intend to introduce Mandarin and it’s cohorts, it may be a welcomed idea BUT ABSOLUTELY NOT NOW!!!