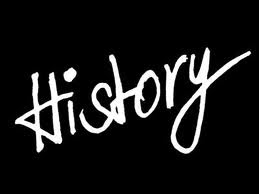 I wrote a piece about the removal of History as a subject in our secondary schools. (see ‘EDU-INFO: REALLY? NO MORE HISTORY!’ in my older posts). I read this excerpt from The Daily Mail UK concerning Britain’s education sector’s plan for the subject we are neglecting.
History lessons will be rewritten to include 200 key figures, such as Winston Churchill, and events which shaped Britain under a new national curriculum drawn up by education secretary Michael Gove. The current syllabus, previously attacked for being too politically correct, will be scrapped with the intention of giving children a deeper understanding of history.
Under new plans school children will learn a narrative about British history and key international developments, including the fall of the Roman Empire, the union that created Britain and the decline of its power.
Secondary school children aged between 11 and 14 will move on to 50 wider topics about the modern world, including Soviet-U.S. relations and how they shaped the world, as well as the influence of immigration on British society. Teachers’ from the Prince’s trust are saying that in history, for example, they do not see how you can have a good foundation of knowledge without understanding the chronology of events.’
The current version of citizenship, which includes topics such as identities and diversity and how to negotiate, plan and take action has been cut back from 29 pages to one for 11 to 14-year-olds.The new syllabus will focus on the British monarchy and parliamentary democracy as well as theories on liberty and rights.
In geography, primary children will study physical features, the nature of rocks, rivers and mountains, the names of countries and the characteristics of countries as well as how glaciers shape landscapes. Later on in secondary school the topics will become more specific, including aspects of human geography, like the industrial expansion of Asia.
This follows criticisms of the current curriculum for failing to ensure children learn about human and physical processed which shape geography.
Does this surprise you? If History is being revised to better suit the students by countries such as Britain whose educational standard is not to be compared with ours, then it’s relevance cannot be overemphasized. What could have informed the decision to remove History as a subject in secondary school? I wonder which way we are going.